Water safety is an ever growing concern. In light of many shocking inspections of community water systems, it is no surprise that many people choose alternative water options in an effort to bypass any health hazards hiding in their tap water.

Bottled water promises to be the solution. However, the one-use plastic bottles have created dangerous environmental and health hazards that are nothing short of overwhelming.

They are causing pollution that has impacted, and will continue to impact the health and safety of our populations.

The impact of plastic water bottles on the environment 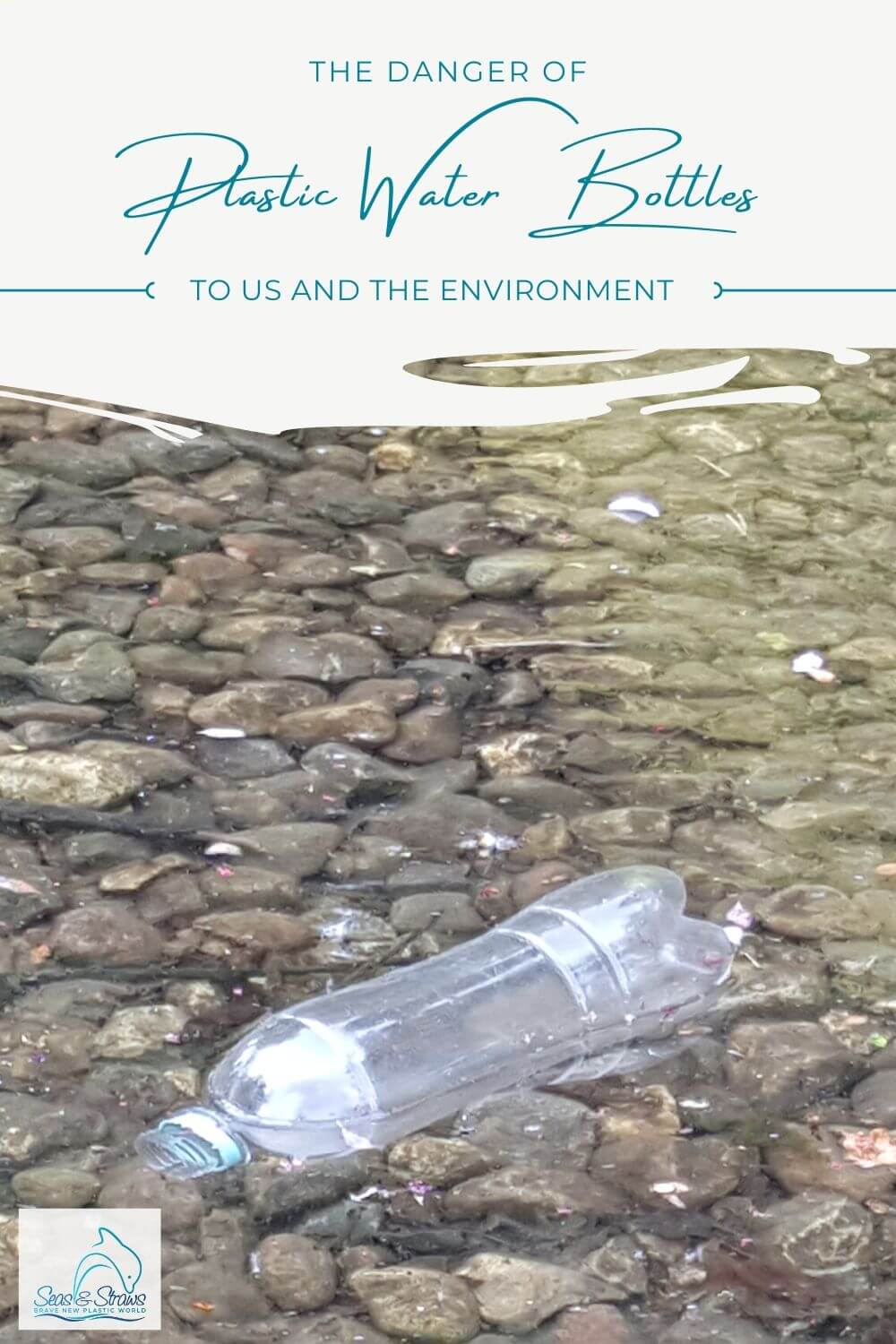 We are filling up our land and water space with a material that will never break down.

Some countries try to bypass the problem by choosing to incinerate their plastic waste, but that option also has drastic consequences.
The toxic chemicals that are released into the air by burning plastic don’t just harm us when we inhale them (although they most certainly do that). They also harm us by depleting the ozone and speeding up climate change. And don't forget the air pollution resulting from the 17 million barrels of oil used to manufacture and transport these destructive conveniences in the first place.

Land waste and air contamination aren’t the only concerns for the environment when it comes to bottled water waste. Marine life and water environments have been seriously effected by our behavior. Our addiction to convenience creates roughly 8 million metric tons of plastic waste that enters the ocean annually. Each day both fresh and saltwater wildlife are forced into environments full of plastics that obstruct their mobility, contaminate their bodies and impose on their homes.

Only a few months ago, a sperm whale was found dead on the beach of Spain with 64 pounds of plastic in its stomach. Among many other items, it had ingested a jerry can! Sea birds feed their chicks plastic instead of fish, starving them even though their stomachs are full. Bottle caps are among the most prevalent items scientists find in dead birds. 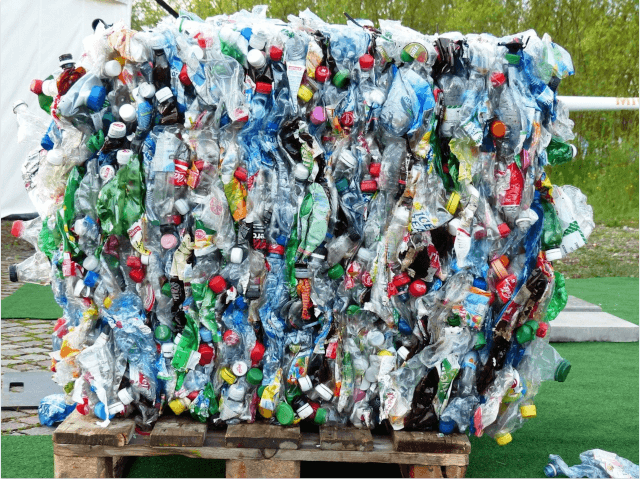 Our quest for easy hydration also has an impact on our own bodies. Many bottles contain bisphenol-A, or BPA, a chemical used to make the plastic durable and clear. BPA acts as a faux-estrogen and is strongly linked to a variety of health issues such as early puberty, reduced fertility, premature labour, gender development issues, asthma, cancer, infertility, neurological difficulties, heart disease, liver problems and ADHD.

When that information first made headlines in the U.S., the Food and Drug Administration (FDA) was quick to publish a study saying that BPA is safe for humans, therewith directly contradicting the hundreds of other, independent studies saying the opposite. Too late, though. The public outcry was so strong it forced manufacturers to find alternatives.

The alternatives are called Bisphenol S and F (BPS and BPF) and they allow manufacturers to write "BPA-Free" in bold letters on their bottles.
However, both have a similar (almost indistinguishable) chemical structure as BPA. They function in a similar, hormone-disruptive way and leach as many, sometimes even more chemicals into the beverage. And since the FDA presumes any chemical safe until proven otherwise, they have never been tested for safety.

Apart from BPA, BPS, BPF and a variety of other, unknown chemicals, plastic bottles also contain phthalates, a common softening agent.
Surprise, the FDA does not regulate phthalates. But they are there and they do leach into the beverage. The longer a bottle is stored, and the longer it is exposed to light and heat, the more of this chemical leaches into the water. That is why you should not leave your water bottle in the sun or the car and you should never reuse it.

How did we get here? The easiest way to explain is with two phrases: convenience and lack of education. Once upon a time, everyone drank tap water without a second thought. At the same time, manufacturers needed to find a way to dispose of a by-product of the oil industry called plastic. So they teamed up with beverage producers and started to sell water in plastic bottles at 2,000 times the price of tap water. How did they do that?

With advertising. We are all susceptible to what the media tells us, and they advertised their products as being healthier, purer and, most of all, safer than tap water. Of course, we believed them. They did a good job.

Today, we are scared of drinking tap water. If ever we knew that some brands put nothing else than tap water in their bottles.

I talk about Bottled Water vs Tap Water in more detail here.

The truth is that tap water is much better controlled than bottled water. In the U.S., tap water is regulated by the Environmental Protection Agency (EPA). They are entitled to have the water tested by independent authorities at regular intervals . They also have to inform the public about any irregularities they find.

Bottled water is regulated by the FDA and they treat it as a packaged food item. Packaged food does not require regular testing, nor does it require the manufacturers to disclose their ingredients, where it comes from or how it has been treated.

Simply put, this means the manufacturers can put whatever chemicals they like into their petroleum-based product and nobody cares. 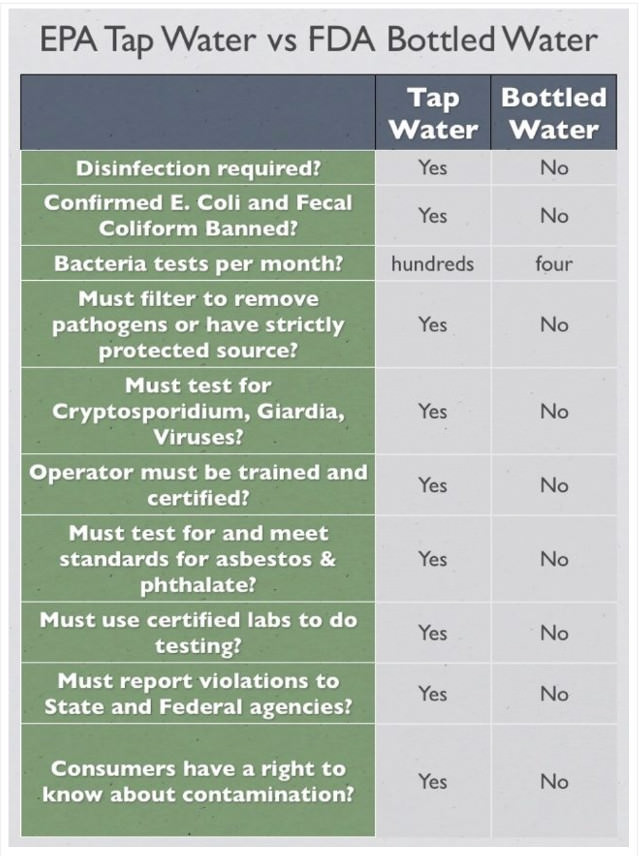 There is a significant amount of trash that is biodegradable. Plastic bottles are not. Plastics require a process called photodegredation that uses light and air to break down the polymers into smaller and smaller pieces. These so-called microplastics absorb and transport toxins throughout our soil and water systems.

The process of breaking down a plastic bottle is calculated to take somewhere around 450 years. That figure varies depending on who you ask and the specific plastic in question. Some have the degradation time as high as 1000 years.
Because plastics have only been around for a little more than 160 years, there is a lot about the long term effects of plastic waste that is unknown. Considering the fact that what we do know is exceptionally alarming, one can only imagine the devastation left to be discovered by future generations. The ways plastic bottles effect our environment and health today may only be a preview of what will ultimately be the impact of our pointless waste.

We also have a growing space concern. Because a plastic bottle does not decompose, it has to occupy space in a landfill. Taking into account the 40 billion bottles that are dumped each year, it isn't hard to imagine that these landfills will eventually have to spill over. They already do. Oceans and waterways are filling up with plastic garbage that creates ecological catastrophes all over the planet. Plastic debris is found everywhere from Antarctica to the Mariana trench. This pattern of disruption and contamination impacts innumerable species. 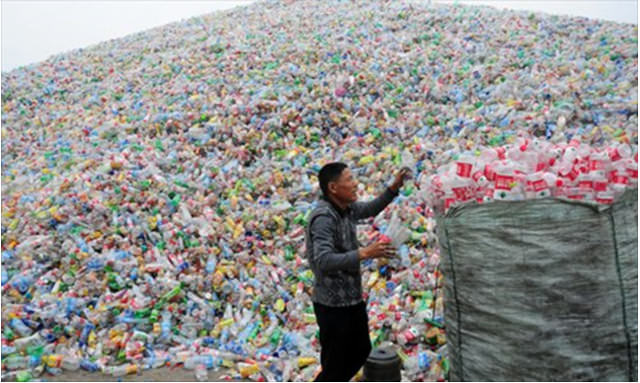 Plastic bottles as far as you can see

What can we do?

We all need to take action IMMEDIATELY by refusing to lean on the crutch of convenience. Our insistence on easy access to water in disposable containers has created a mess that is going to be hard to clean up as it is, and it makes no sense to add to it.
If you do not trust your tap water (and I don't blame you if you don't) there are healthier, cheaper ways of getting clean water. Purification systems that connect to your home’s plumbing systems, faucet filtration and container filtration are all extremely good alternatives to the never ending purchase of plastic. Today's countertop or under-the counter water filters are able to remove 99.99 percent of bacteria, viruses, pharmaceuticals, heavy metals, sedates, chlorine, etc. from your tap water. Such a filter is a cheap, healthy, and eco-friendly solution to buying bottled water. Have a look at this list of the best plastic-free water filters I found.

Getting people to stop something that makes their lives easier is going to be a struggle. But we have to make everyone aware of the damage that has already been done. We need to collectively figure out what to do with the waste we already have. Environmental cleaning and recycling programs should be well funded and heavily staffed in hopes of offsetting and combating the damage we have done and continue to do. We are also going to need thorough health research to determine and treat health concerns.

We don’t have to kill our planet for clean water. We are choosing to. Now is the time for us to understand and address the problem of plastic.

Save this Pin for later

Want to arm yourself with more facts? Save or download this handy summary of the article above. You can share it freely, I just ask that you credit Seas & Straws. 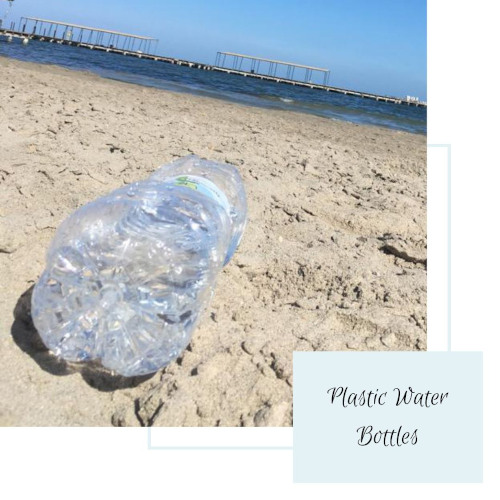 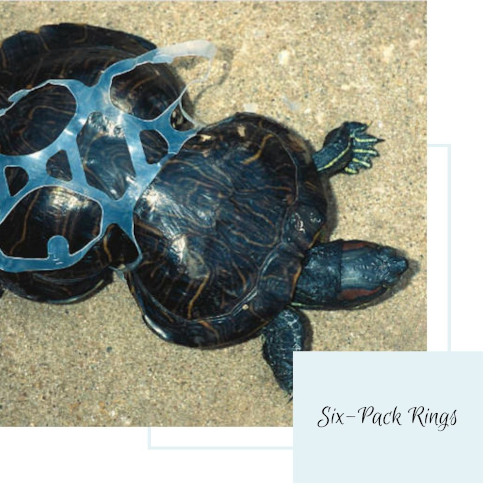 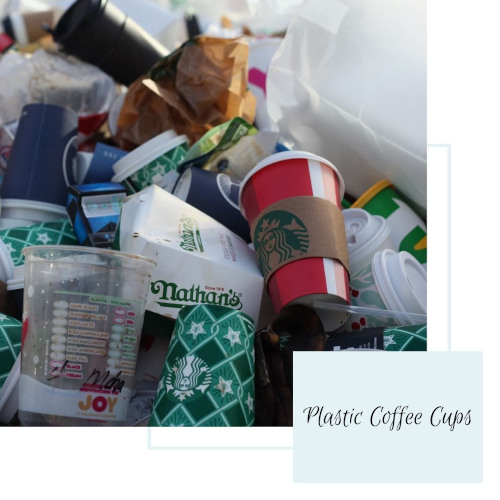 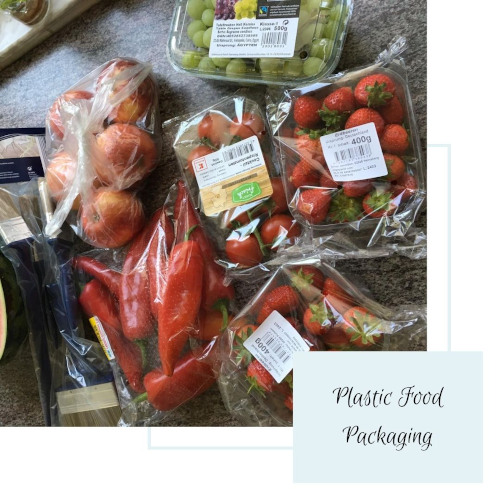 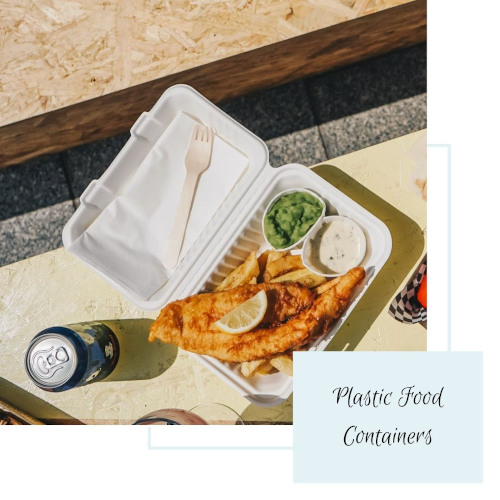 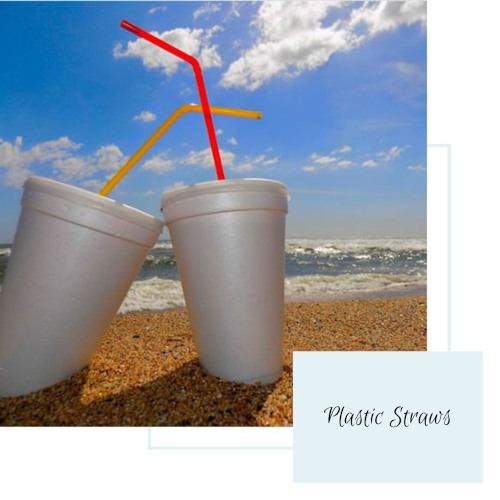 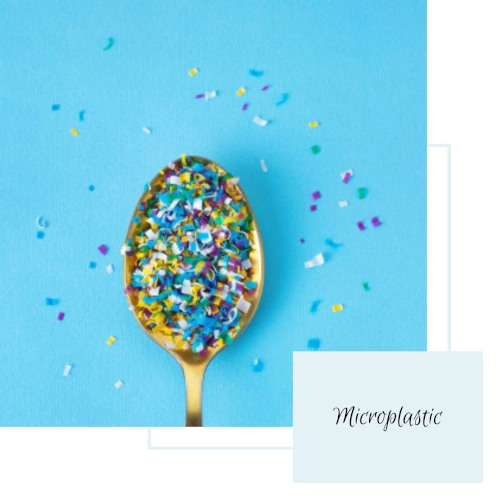