The news is not surprising but still made headlines: scientists found microplastic in the human body. 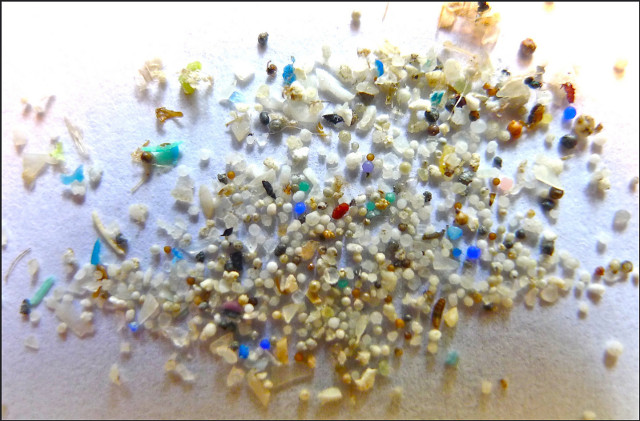 A study found plastic particles in the human body

It was only a matter of time.

Microplastics have already been found in plankton, fish, whales, birds, bottled water, tap water, beer, table salt, the soil and the air.
We know that 93 percent of all Americans have BPA, a toxic chemical leaching from plastics, in their bodies.
And this year, 93 percent of bottled water samples from a range of different countries were found to contain microplastics.

So, are we really surprised that we, too, have plastic in our bodies?
No. We just have proof now.

The study was small.

At the Medical University of Vienna, eight participants from eight different countries - Finland, Italy, the Netherlands, Poland, Russia, the UK, Austria and Japan - were tested for plastic particles. The result: all of them had microplastic in their stool.

What kinds of microplastic did the study find?

On average, 20 particles of microplastic were found in 10 grams of stool. The particles ranged from 50 to 500 micrometers. The scientists tested for 11 different kinds of microplastics and found 9 of them. Polypropylene (PP) and polyethylene terephthalate (PET), were the most common kinds and found in every single sample.

Where does the microplastic come from?

The origin of the microplastic particles cannot be clearly determined. PP and PET are components of water bottles and caps. But they can also come from food packaging, carpets, synthetic clothing, plastic containers, dust in the air and so on.

The test participants kept food diaries which revealed that all of them were exposed to plastics by drinking water from plastic bottles and eating food wrapped in plastic. 6 of the participants ate seafood.

The scientists now estimate that at least 50% of the world population might have plastic particles in their bodies.

Microplastics are small pieces of plastic that are less than 5mm in diameter.

They are either deliberately manufactured for cosmetic products such as facial cleansers, exfoliating shower gels, toothpaste and even lipstick. They pass the wastewater treatment facilities and end up in the soil and the rivers.

Or they break loose when you wash synthetic clothes like polyester, nylon or fleece (every washing releases up to 2,000 pieces of micro fibers into the waterways).

Thirdly, they are derived of the breakdown of larger plastic products like water bottles, food containers or even car tires. Plastic never biodegrades, but every plastic product eventually breaks down into smaller pieces. Those are eaten by plankton, fish and eventually us.

How dangerous are microplastics in our bodies?

I know what you think: the plastic particles were found in the human stool which means they pass through our bodies and leave us unharmed. Right?

It's not that easy, though. Only the bigger pieces leave the human body. According to Philipp Schwabl, the medical researcher at the University of Vienna, "the smallest microplastic particles are capable of entering the bloodstream, the lymphatic system, and may even reach the liver."
In fish, toxins from plastic products are known to migrate into the fatty tissues. When smaller fish are eaten by larger ones, those toxins accumulate in their tissues until, one day, they end up on our plates. 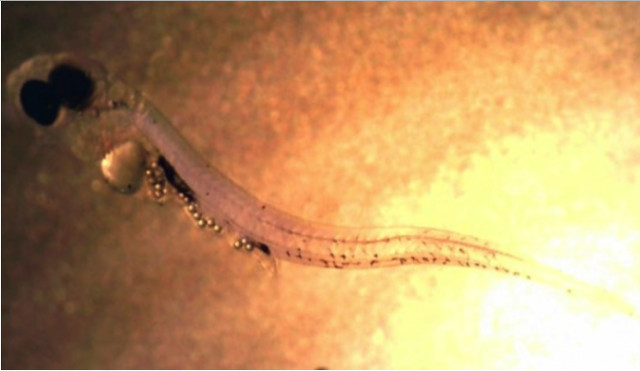 There is already six times more plastic than plankton in the ocean today. Every minute, a truckload full of plastic garbage is dumped into the sea, that's 8 million tonnes every year. All this plastic floats in the ocean, breaks down into smaller and smaller pieces and is eaten by all animals from the smallest plankton to the largest whales. Birds feed their chicks with plastic.

It's not surprising that our waste has finally come back to haunt us.