The Inhumane whale and dolphin hunt is still going on... 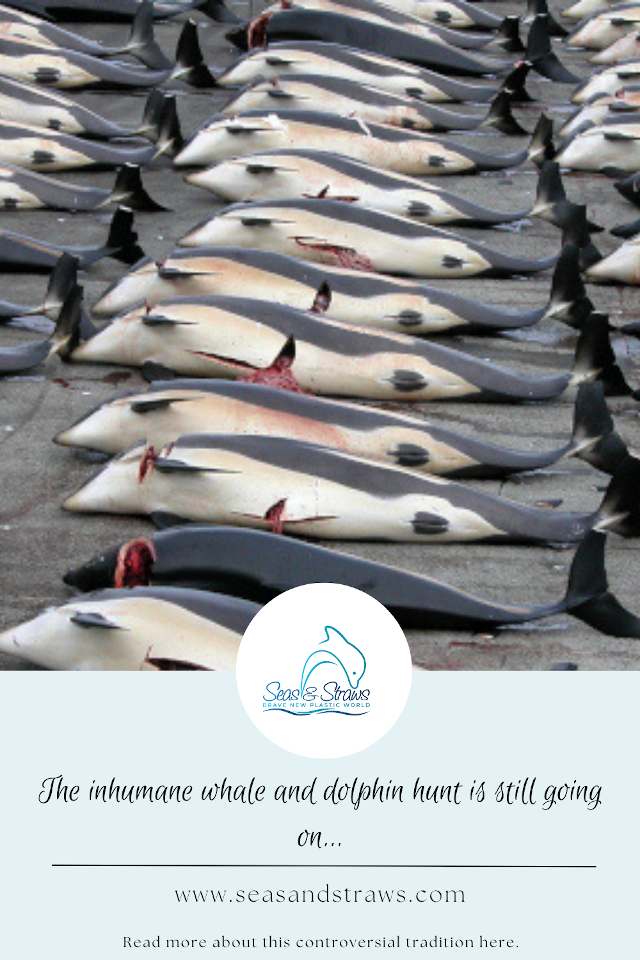 Today I would like to write about a topic that has nothing to do with plastic, but is still very close to my heart and makes my stomach turn every time. A topic that needs to be brought to people's attention, that needs to be made public, that needs to be scandalized. For which governments must finally take responsibility, because how can something like this still be allowed in today's modern society? I am talking about the annual slaughter of whales and dolphins in some "modern" island nations.

What is the annual whale and dolphin hunt?

The Danish Faroe Islands, Iceland, and Japan are some of the countries where whales and dolphins are still slaughtered in inhumane conditions. 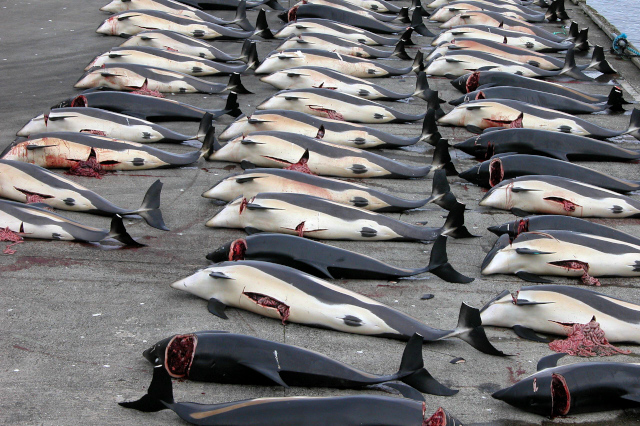 1428 white-sided dolphins were slaughtered in 2021 in the Faroe Islands.

After a hiatus, Iceland also resumed its whale hunt this year with a quota of 209 fin whales, the second largest whale species on Earth, and 217 minke whales. Fortunately, this may come to an end in 2024 as public support dwindles.

Japan withdrew from the International Whaling Commission (IWC) in 2019 and resumed commercial whale hunting after being banned there for 30 years. Despite the ban, Japan had always hunted whales under the guise of research, but now there are no limits. This has huge implications for biodiversity and the ecosystem.

In Japan this is called the dolphin drive hunt.

For six months each year, the beautiful animals are herded into a small bay where they are killed or captured - sometimes suffering for hours before their fate is sealed. Unfortunately, this is supported by the governments which allow up to 2,000 cetaceans to be killed or captured each year! 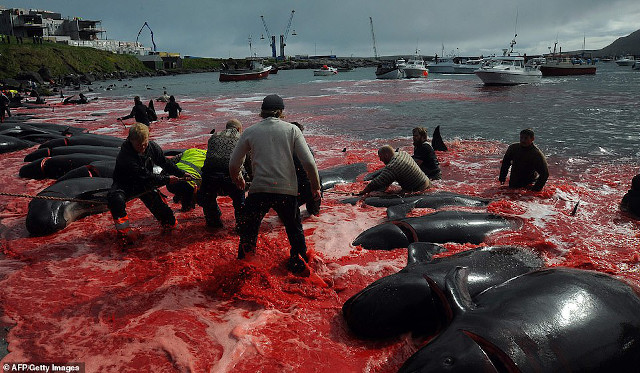 The water turns red with the blood of slaughtered whales and dolphins. ©GettyImages

All of these countries have a very controversial 1,000 to 400-year-old hunting tradition that they maintain every year - regardless of the consequences to the world. Regardless of the public outcry.

The impact of whale and dolphin hunting on marine ecosystems

Preserving ocean biodiversity and ecosystems is hugely important to sustaining our planet. Not only does the ocean help sequester carbon (to reduce global warming), but it also produces over half of the oxygen we breathe and is a major food source for all countries. Whales and dolphins are critical to a healthy ocean. Due to ocean acidification, thousands of ships in the waters, noise, and pollution, they are already severely stressed. Their numbers are rapidly declining. Further reducing their numbers by actively torturing and killing them could drive them to extinction in the near future.

Many consider the methods used to be extreme and unnecessarily inhumane. Animals are herded into a confined area and essentially attacked until they are so exhausted that they eventually die by drowning. Did you know that dolphins can take their own lives in moments of extreme stress, such as when they are attacked for hours on end?

Originally, the dolphins were killed by slitting their throats, but because the death took so inhumanly long, the government introduced a new regulation. The new method is to drive a metal pin directly into their necks, which would kill them in seconds. However, there is no guarantee that the hunters will get it right the first time. 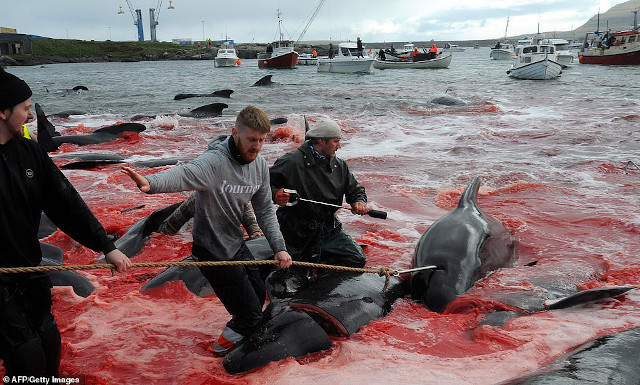 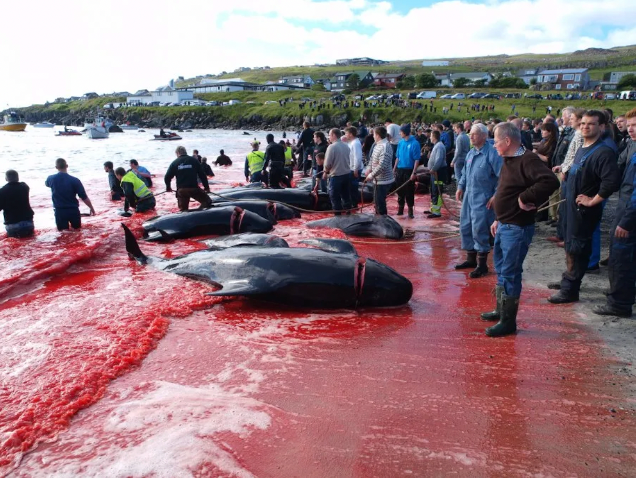 The cruelty of the annual whale and dolphin hunt is unfathomable.

Sustainability of the whale and dolphin hunts

The large numbers taken and the short wallow period (6 months) are another source of concern. Many fear that there will not be enough time for the whale and dolphin populations to regenerate and we will continue to see a decline to near extinction.

In the three island nations, the consumption of whale and dolphin meat has a long tradition that will not be easily eliminated. However, given the increasing toxicity in the seas, it is not as healthy as it once was.

The meat and blubber often contain high levels of mercury, cadmium, and DDT, which can be used to speed up the killing process. This poses a major health risk, especially to pregnant women and children. Studies have shown that children in the Faroe Islands have unusually high levels of mercury in their blood.

What is being done?

The international demand for whales and dolphins in the meat and tourism industries continues to allow them to thrive. A first and very important step is to raise awareness of how aquariums and grocers contribute to this problem and ensure that they only work with sustainable traders.

As this is a huge source of income for small island communities, an outright ban without providing them with an alternative source of income would be disastrous and largely ineffective (trade could continue on the black market).

Some groups in Japan have sought change. For example, the Japan Association of Zoos and Aquariums has issued a ban on the purchase and sale of dolphins caught in this hunt.

But more needs to be done.

We need to raise awareness about this problem! We need to talk about this issue. We need to make it public. Talk to everyone you know about what is going on. Show them pictures of the bloodbaths that are taking place in our oceans. Boycott these countries as travel destinations. Write to their tourist boards. Join Sea Shepherd which has earned more merit than any other organization in the fight against this cruel practice.

So far, governments have largely relied on people's ignorance, so if we bring it out into the open for all to see, they will be put in a precarious, shameful position. We can stop this by putting pressure on governments to ban hunting while creating plans that provide an alternative source of income for people in these communities.