You see it everywhere these days. Takeaway restaurants, catering services or event managers try to go green and proudly present their new disposable yet biodegradable PLA cups, plates and cutlery. PLA or bio-plastic is the new star in the plastic world and pushed to the consumer's attention relentlessly. It is said to have all the positive characteristics of plastic by being petroleum-free, non-toxic and compostable. Is it really?

Reason enough for me to shed some light on this new PLA. 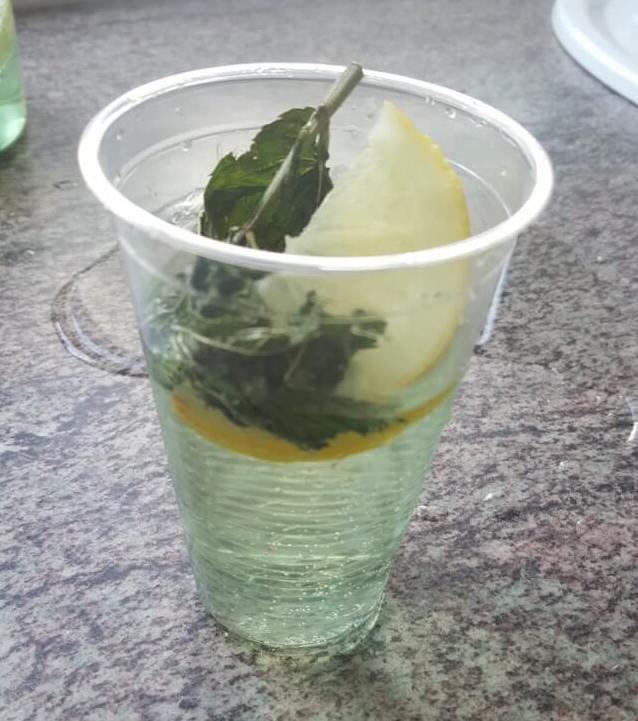 What is PLA Plastic?

PLA (Polyactic Acid) is a plastic substitute that is most often made from genetically modified corn. It can also be manufactured using a base of cassava roots, beets, or sugarcane.

Because it is essentially made of starch, it is considered much safer for use with edibles. The bio-plastic is BPA and phthalate free, so a contamination with endocrine disruptors is not an issue.

Because of its plasticity at relatively low temperatures, PLA is the most-used raw material for 3-D printing.

Computerized 3-D printing is the future of factory production. It enables a relatively small workforce to produce a large number of plastic parts, containers, bottles, bags, and anything else that is made from plastic, quickly and inexpensively.

Just as the invention of petroleum polymers created the factory and marketplace of the 40's and 50's, the invention of PLA plastic forms the base for the clean factory technology of the 21st century.

Some of the positive qualities of PLA Plastic include:

Bio-plastics do not contain BPA or phthalates, so they are safe in contact with food.

Just like petroleum-based plastic, PLA plastic can be molded into almost any shape.

PLA decomposes in 3 to 6 months - under the right conditions (see below).

PLA is made of plant starch, a natural and renewable resource.

The Problem with PLA

Despite its safety and versatility, PLA does have some drawbacks as a replacement for petroleum-based plastic:

PLA will begin to break down within three months of its manufacture.

PLA is not as strong as conventional plastic.

PLA is not as flexible as plastic and tends to snap or tear rather than stretch.

It does release small amounts of VOC (Volatile Organic Carbons), albeit 3 to 10 times less than conventional plastic.

Despite some promising characteristics, PLA plastic generates considerable controversy among environmentalists. Some of the issues surrounding PLA include the use of genetically modified crops in its manufacture, the enabling of a continued reliance on plastic materials, and its relative environmental toxicity.

The widespread use of PLA plastic drives the development of genetically engineered corn and other plants. It is in the producers' interest to make the corn fast-growing and more amenable to the manufacturing process. As a result, GMO corn presents unique environmental risks.

For instance, claims that GMO corn does not hybridize with corn for human consumption have proved false.

Early GMO corn engineered to resist pests was shown to have an unexpected negative effect on Monarch butterfly populations.

GMO corn is unpredictable once released into the environment and used in industry. No one can really foresee what the effects will be on nature.

Use of Edible Crops for Inedible Products

Just as ethanol-based gasoline is controversial because it cuts into corn production for food and has a fairly inefficient energy footprint, growing corn for PLA plastic is also controversial. 7.7 billion people live in this world, so it it irresponsible to use crop for anything other than feeding them. Besides, PLA might be an improvement over conventional plastic at the consumer level, but the raw material still takes a large amount of energy to create.

Although corn-based plastic releases up to 10 times less Volatile Organic Carbon gas as conventional one, it does release toxins into the atmosphere. The particles are small enough to enter directly into the lungs of people who breathe them in. This results in an increased risk of emphysema, other pulmonary diseases, asthma, and in some cases cancer.

Petroleum-based plastic can take up to 1000 years to biodegrade. A plastic bag made from PLA biodegrades in 90 days under the right conditions. What industries fail to say is that "the right conditions" are industrial composting conditions which are not easy to set up. PLA only biodegrades at 140 degrees Fahrenheit (60 degrees celcius) in a controlled situation employing industrial enzymes and water. Only then does it return to starch quickly. The problem is that bioplastics have to be kept separate from the normal plastic, as they can't be recycled. They need to go into a special bin for compostables, then they need to be sent to a special industrial compost facility. Since most countries lack the infrastructure to properly compost these new materials, most of the time, they will end up in a landfill, together with the rest of your trash.

In a landfill, however, the results are less promising and more unpredictable. When buried under other landfill trash with no exposure to oxygen or water, it can take from 100 to 1000 years for corn-based plastic to break down. How is this any better than traditional plastic? 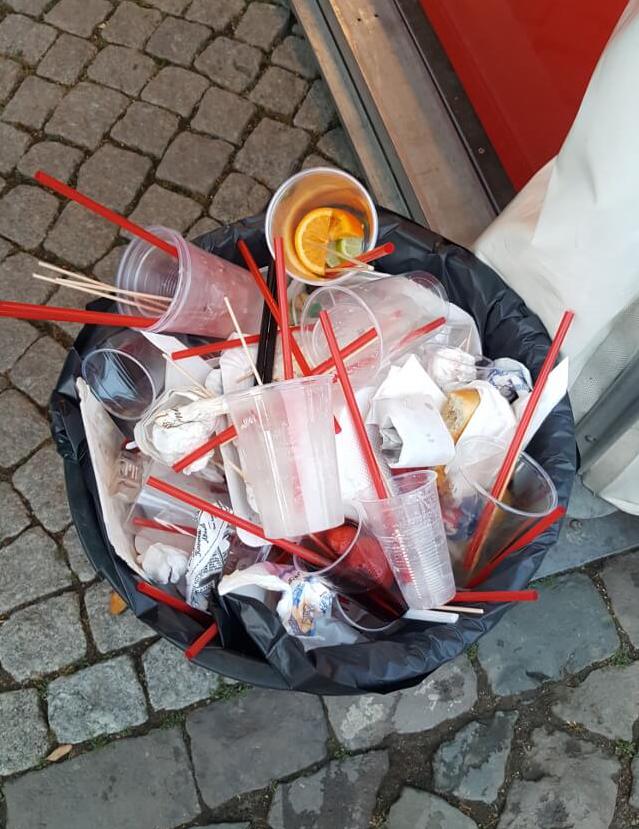 We need to find a way to reduce the production and disposal of plastic products, no matter if conventional or corn-based. Bio-plastics are not a step in the right direction. They do nothing to change the mindset of our throwaway culture. Instead, they enable consumers to continue to expect disposable products and containers. They prevent consumers from rethinking the effect our consumption has on a nation's energy footprint and on global habitats. They also encourage the food and restaurant industry to continue to market over-packaged products. After all, disposable items create corporate profit but huge amounts of waste.

The Verdict on PLA Plastic

Before petroleum-based plastic polymers were invented, people bought staples in bulk. Household items were made from materials like wood and stainless steel. The switch to inexpensive plastic products manufactured overseas created a tidal wave of non-biodegradable trash that will take decades, if not centuries, to remediate.

Bio-plastic is clearly no panacea. It will not reverse the harmful effects of conventional plastic all by itself. It even encourages continued reliance on plastic as an inexpensive manufacturing material.

On the other hand, it significantly reduces toxic gas emissions and is less harmful to our health.

The improvements offered by corn-based plastic are complicated by recycling issues.

The world needs to take a hard look at the long range viability of relying on disposable plastic consumer items. To the extent that PLA allows that hard look to be postponed a little bit longer, it is probably not a whole lot better than petroleum-based plastic.